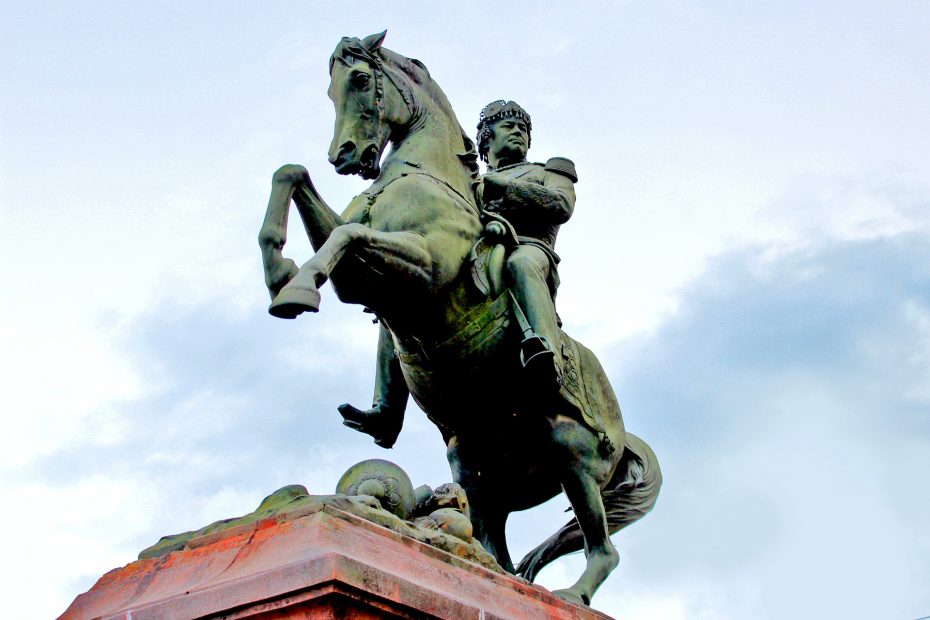 I was four when I realized I wanted to be a conqueror. I had a whole tin of green army soldiers and the whole kitchen was in my sights. The chair arms became mountains, the crevices under the cabinets became caves, and the hardwood floors became fields and plains ripe for plucking. I wanted to conqueror it all. To rule it all.

I grew older loving stories of all the great conquerors. I liked hearing of Charlemaine and King Richard the Lion Hearted. I loved reading about the battles of Napoleon Bonaparte and Alexander the Great. But my favorite conqueror of all was, Genghis Khan. He seemed the quintessential conqueror, brave and strong, shrewd and fortunate all together. I wanted to be all of that and for people to admire all of that in me.

These days, being a conqueror is not considered to be a good thing. And I partially agree with that. To be a conqueror there are certain lines you would inevitably have to cross to get there.

Yet, the Bible says in Romans that “we are more than conquerors through him who loved us.” So there are characteristics of a conqueror that we are supposed to have. Let’s study that verse for a moment. What does it mean to be conqueror? It means to defeat or subdue by force, or to overcome or surmount by physical, mental, or moral force. It means to be victorious, to win.

The key is the force part. We can’t overcome or subdue without force. We have to exert energy. We have to fight. We have to go into battle and be like Genghis Khan. We have to be brave and strong, shrewd and fortunate all together.

It can sound simple to do, but it rarely is. What keeps us from being conquerors? I believe it is three elements. Fear. Doubt. Deception.

Doubt. Maybe God isn’t real. Maybe there isn’t a purpose for me. Maybe I am not a conqueror. Maybe I will never find the man or woman I am supposed to spend the rest of my life with. Maybe I am with the wrong person. Maybe I chose the wrong profession. Maybe I am going to make the wrong choices in life. Doubt can paralyze us.

Deception. This is the most subtle of all. It is so subtle that we almost miss it. And even worse, deception is about twisting the truth. Which makes it seem all the more real. Perhaps it is thinking that I am not good enough to get where I want to go. Even our media tries to convince us of this through their advertising. There is always something I am missing. I am missing the perfect car. I am missing the right figure or the right clothes to show off that figure. Old Spice is trying to convince me right now that I could be more if I use their new body wash. Coca-Cola tries to convince me that drinking their soda will change my life, heighten it, and make everything alright. Yes, these little bits of deception try to make me think I need something more than I have now, that I haven’t quite conquered yet.

That’s why I love the Word of God. It tells me the truth of things. It tells me I am already more than a conqueror. It tells me I don’t need to fear, or doubt, or be deceived. The victory is already mine. Sure, there will be battles. There will be fights. But I have already been guaranteed a victory. It is just for me to remember it and forcefully take that victory. And to realize that I will have divine protection as I pursue that victory.

Ah, yes. Divine Protection. For more on that, come back next week.